Friday, 20 February 2015
This is a topic I find very interesting. Why? There are many different opinions for managing student behaviour effectively and to complicate things there is always "supporting" evidence for both sides.

High Schools
Having worked first in high schools I was accustomed to the "do your work and no reward" mindset. After all, you are working with students aged 13 years and above (on average in South Australia). My role in the high school, as a special needs SSO, was to work with students who not only had poor behaviour but were also behind their expected achievement level. Most of the students I worked with, who were boys, did not want help as they didn't want to appear as "dumb" or "stupid" to the others in the classroom.
The reluctance for help was a major obstacle (and at the time I was only about 19 years!) to motivate these students. In the end I made a deal with each of the students I worked with (they all unanimously wanted this option) that I would not make any special effort to check on them but if they raised their hand they became my first priority. It worked well as they did work, got help and others in the class also got the benefit of a bit of extra help.

What I wondered though after working for about 5 years in high school was this: How did so many students get so far behind in their work?

Primary Schools
Fast forward to me going to university and becoming a teacher. I work at a primary school that once had a strong reputation for success. This was the school that all the parents wanted their kids to attend because it was that good!


After a week I realised why my predecessor had left the job. The students were disrespectful, willful and at times down right scary. I was asked what "reward system" I was going to have in place....and I went cold.

Out of my mentor teachers 2 out of 3 had a reward system - and both those classes were, in general, severely behind in the achievement standards. My other mentor, a veteran teacher who retired the follow year, did not have a reward system at all. She had a few behind but most of the class was on track to achieve. They had their moments of poor behaviour but nothing like the confrontational behaviour I encountered in my first job.

Back to the reward system - honestly, I am not one to support them. I feel that I shouldn't have to bribe students to do work. The motivation must first come from them because it won't matter how wonderful my lesson plans are, what great ways I deliver the lesson or how much I want to help them achieve....it still comes down to the student making a choice. I believe this is the case from Foundation year onwards. Why?

If students learn that they get something every time they do a piece of work then they will expect that as they get older. They don't usually "grow out of it". Another reason to not have rewards is for the parents' sake. Too many times I have had frustrated parents approach me wanting to know why their child's teacher insists on giving "cheap stuff" to their child who doesn't need it or sends them out for "play time" or extra "computer time" when they have other work to finish. 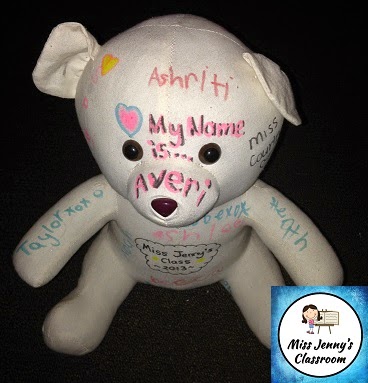 I'm not saying to be an ogre. Each year I have a calico toy of some description and each year the goal of the students is to get their name on the toy. No one signs their name on it in term 1 as I need to be seeing consistent behaviour that demonstrates they are working to improve and to do their best. Do they all get to sign it? No, I have not yet had a year where every single student has signed the toy. Last year I had a student for the second time, two years prior he did not get to sign the bear I had, and he put in a huge amount of effort to improve his reading to reach beyond the expected level and stayed out of trouble - no detentions! When he chose the marker to write his name he knew he had done well - I didn't have to say it. The first thing he told his mum was how he had written on the raccoon. That is the self-esteem I want to be seeing. He now motivates himself.

It can be done but I don't want you to think it is easy to manage a class without rewards - it isn't. It is a daily battle of being consistent and fair that gets you through.

An added note I want to write is about behaviour charts that show a student where their behaviour is at the time. Firstly, these charts take up space that could be used for anchor charts. Secondly, the students who have the behaviour you want to change often focus on this too much and by half-way through the year they don't care about their peg or name being moved.

Think carefully about the type of behaviour management system you put in place, especially those teaching junior primary. Think about what type of adults you want in our society.

What is important is that we use the brief time we have our students to instill in them thoughts of a good role model, what fairness really is and how they can get what they want and need out of life. They don't need stuff.