A-Z of Convicts in Van Diemen's Land by Simon Barnard is shortlisted by CBCA for the Eve Pownall Award for Information Books.

This information book focuses on the 73,000 convicts that landed and lived on Van Diemen's Land (now known as Tasmania) after being transported there by the British. It investigates how they lived, what they wore and other experiences.

Text Publishing has free prepared teaching notes and activities ready to use.

Treasure Explorer (by the National Library of Australia - NLA) has a detailed list of the daily rations a convict would receive and a list of activities applicable to ICT research, mathematics and food & nutrition (home economics).

For the Term of His Natural Life is an Australian miniseries about Rufus Dawes from England who is unjustly convicted to be transported to Van Diemen's Land in the 1830s. He is forced to leave his family and inheritance behind. While he slaves and falls in love as a convict an imposter sets to work in England to claim his inheritance.

This is a fantastic series however it is a LONG one. In order to get through the entire 6 episodes (520 min in total) you will need to plan your lessons around it/

Treasure Explorer (NLA) has a free lesson plan that can be used in conjunction with the series including a craft activity.

LESSON IDEAS:
* write diary entries from Rufus' point of view after each viewing. Include what you are seeing, feeling and experiencing.

* reflect and discuss how different Rufus would have been dealt with in the courts now.

* consider the positive and negative consequences of Rufus' transportation and present these thoughts.

* imagine you are the sentencing judge in England. Justify your guilty verdict in a persuasive essay. 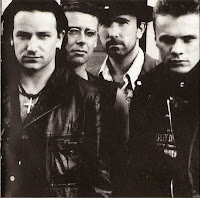 If you are looking for a focus on music then take a look over on YouTube at U2's song "Van Diemen's Land" (or watch below). This version has the lyrics on screen as well.

Lyrics Depot have the lyrics available as well for free. 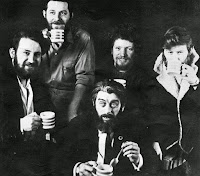 If you are looking for a more traditional ballad (with more scope for discussion in particular) then I highly recommend the lyrics of "Van Diemen's Land" aka "The Poachers" available at The Contemplator.  This song was popular through the 1800s and this version was recorded in 1893. This site also has a couple of links at the bottom to associated websites.

GoIreland has a slight variation of the ballad as well, depending on your lesson focus.

This ballad (in part) is also available on YouTube being performed by The Dubliners (watch below).
The lyrics to The Dubliner's version is available for free over at Traditional Music.

LESSON IDEAS:
* study the vocabulary used in each version

* write a comparison of the two different versions of "The Poachers" ballad.

* write your own ballad about life as convict

The National Library of Australia (NLA) has a picture and explanation of the convict uniform.

LESSON IDEAS:
* discussion regarding the choice of colours used in the uniform.

* design was very important in the development of convict uniforms. Design a different version of the uniform that would still enable leg-irons to be worn. 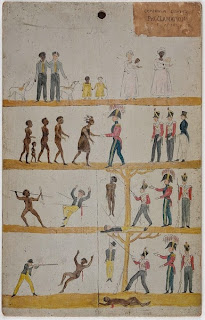 The State Library of New South Wales has a digital copy to view and explanation of the painting "Governor Davey's [sic - actually Governor Arthur] Proclamation to the Aborigines, 1816 [sic actually c.1828-30]."

This is especially important as it features an Indigenous perspective and demonstrates the impact of the British colony on the local tribes.

LESSON IDEAS:
* write a story to tell what is happening in the painting.


* write a description of what you are seeing in Van Diemen's land from two perspectives: British and Aborigines.