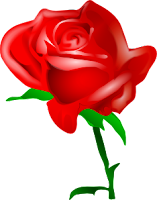 What's it about?
65 Roses tells the story from the point of view of a young boy. His parents sit him down and tell him how his sister has got '65 roses'. He can't understand why his sister is getting 65 roses that makes it hard for her to breathe, tried and generally so ill she can't play with him. As the song progresses it is revealed that his sister suffered from cystic fibrosis and it was only when he was older that he understood about the '65 roses'.

Embrace
The lyrics are very simple to understand and when the music clip is viewed is brings the message to a new level. As the young boy is "telling" the story it makes the seriousness of the disease less confronting than it might otherwise be.

Not all of The Wolverines songs are appropriate for children! I strongly recommend only purchasing "65 Roses" to use.

Thoughts
There are lots of learning opportunities based on this song...
* It would be interesting to play the video without sound to the students first to see what they think it was about.

* Then pose the question of: How can 65 roses make someone so ill they have to stay in bed?
* Finally have the students record their thoughts about a why the boy thought what he did.

* Students might even share a time when they were younger and did not fully understand a situation or moment.

The only copy of the music clip I have been able to locate is on YouTube.

Learn more about The Wolverines on their official site.