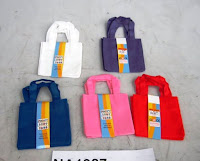 One of the reasons I love teaching science is the diversity that comes with it. Teaching 5 different classes however can be rather monotonous so it is important to ensure that there is some differentiation in work that is completed in the classroom - otherwise marking become repetitive!

On a lovely day I took my classes out (one by one) to collect 5 different natural items. In order to do this each student was given a small bag which had a number attached to the bag (the number corresponded with their assigned seat number) which was just a laminated number on a string hooked onto the handle. I bought the bags in a pack of 3 from Cheap as Chips for about a $1 each.

Off we went looking for natural resources and there was lots of discussion along the way why bark on the playground wasn't natural but managed but how bark fallen from a tree was natural....and several observations about how there was rubbish around which was also defined as not being natural. Apart from a few reminders that dirt (while natural) was not a good choice for the bag they had collected a variety of bark, leaves, flowers and dead insects.

That took a single lesson of 45 minutes. In the break I then bagged them into cheap ziplock bags with their names and classroom code on it ready for the next lesson.

In lesson two I had each of the students take a photograph of one of their items with a standard camera. As I only had the one it was a long process. If you have multiple classes then have each student write their name on a piece of paper and place it near the object when the photo is taken - makes for quicker organisation and printing. 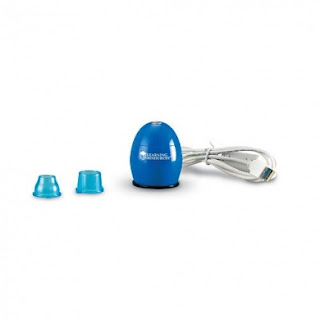 Then it was time to take a microscopic photo. My budget at the time was non-existent so I purchased a Zoomy Handheld Digital Microscope from Amazon with my own money. For the price it is surprisingly easy to use and has enough zoom to satisfy early learners (though I wouldn't recommend it for higher grades. The images were projected on the Interactive WhiteBoard and this kept students interested while they completed some plant worksheets.

Another lesson down it was up to me to print them off in colour ready for the next lesson. Once printed they glued the photo and the microscopic image to a worksheet on A3 paper and stapled their sample which was in a bag.


The sheet I used with the Receptions was slightly different from the other grades. "Nature Hunt" only required the students to glue, staple and write what their natural item was. This was done with the aid of a word wall.


For all other grades I used "Twist on Nature". It required each student to write what the sample was and then describe what it resembled in the microscopic picture.

I really enjoyed (as did the students) this activity as it created a simple but engaging introduction to plants and using technology in the classroom.
Posted by Miss Jenny at 06:24:00
Share:
Labels: activity, grade 1, grade 2, grade 3, grade R, integrated technology, literacy, science
loading..