What's it about?
This is Del's story. With her father away on a much needed holiday she takes on the running of the cafe he owns called Flywheel. Del didn't expect the manager to be deported back to Ireland though and after a nasty encounter at school decides to run the cafe herself. She's also dealing with her friend Charlie. He is a bit on the fickle side when it comes to love which leads to serious consequences and puts Del in a position to consider what she is willing to do for others...and herself.

Embrace
Great characters. Yes, even the minor ones are interesting. The protagonist, Del, is realistic in her manners and behaviour; Charlie, well, he's just Charlie. The plot is good and the story does have a clear structure. There is a good sprinkling of humour and sarcasm that helps keep the story moving.

Beware
This book contains swearing (f-word), mild-sexual references, underage smoking and drinking. It is a long read (approx 5 hours for me - so take that into consideration for the classroom). The story does drag in a couple of places. Predictable...read more below.

Consider It
This book as it is shortlisted for Book Week 2016 in the Older Readers category and honestly, I probably wouldn't have read it if it wasn't on the list but I was pleasantly surprised.

This book is clearly not going to appeal everyone, nor every classroom, but it has a number of interesting themes that do actually make this a good choice for a class novel. To start with I think that if you teach an all-girl English class they will likely enjoy it far more than if you have a boy/girl class. In my opinion this book is more geared towards girls. Year level wise I would recommend from grade 9 upwards - it really depends on the class you have...anyway, what's good about the book?

The characters in this book have been well-written. Even minor characters, such as Del's friends, are interesting and there - not just names on the page. The 'nasty' characters are likewise developed well and yes, you do dislike certain ones. The author has done a great job in bringing a cast of characters together so well in the book.

I'll discuss two characters in a little more detail though. Firstly, Del. She's the protagonist and is the type of imperfect leading lady that works well. She's in year 11 (grade 11 to my US readers) and 17. She has embraced her sexual identity of being a lesbian but has found that her peers are not all as open to the idea or willing to embrace their own sexual identity. This causes a mini-campaign of sorts by the 'mean girls' of the school who basically end up humiliating her and Del walks out of the school. Her determined resolve to keep the cafe afloat and continue worshipping  Rosa from afar. She makes mistakes, grows as a person, and realises that there is a bigger picture out there.

Charlie is the other character I want to mention. I did find him a little stereotypical - he's a good looking hunk who falls in and out of love (usually out of love once he's had sex) all too easily, constantly in trouble and getting thrown out of private schools, and forever the rebel rich boy. Despite his stereotypical characterisation though he does work in the story. He provides a much needed balance and without his brush with the law Del's life would be much different - though subtly referred to and dealt with. He's a likeable character and thankfully does develop with the story as well.

The characters are a clear winner for classroom discussions about what we don't know about others. Many key pieces of information about the main characters are revealed as the story progresses and at time allows for discussion about how a reader's perspective about a character may have changed with what they have learnt.

The identity theme and the confusion/development of that in the story is a key reason why I can see this working in the classroom. This novel doesn't dumb it down or talk down to the reader. It shows the real struggle many teenagers grow through in their late teens trying to decide who they are, what they want and where on earth they are going in life.

Of course there is also the potential for discussion about issues such as underage drinking and smoking for a health focus - especially given Del's change in attitude about smoking from when she first meets Charlie to later on in the story.

Looking at the seriousness of Charlie punching his victim is also worthy to look at, especially if your school looks at basic law for year 11 and 12 students. With one-punch attacks frequently documented in the news a comparison to what Charlie did would make for an interesting debate - particularly over the sentence he received and if students think it would have been different if he hadn't been rich. If you're really game a mock trial would give an insight for the students into the legal system since the evidence in all in the book. You could even bring in a solicitor to discuss court procedure and the likelihood of the sentence given.

The ending...yes, I found it was a little too predictable. I don't like the 'everything works out' type of ending and I feel I would have preferred if some things had been left to the reader to decide what would happen beyond the book - it hints at this for only one character. Just a little too neat.

As mentioned above the story is long. I did find myself checking how long I had been reading in parts of the story...but I still wanted to keep reading. I'd recommend reading it yourself to determine if it would suit your class but the novel does have a lot of potential. A book I would also recommend as a general library loan to students looking for a novel that is realistic vs. TV-realistic. 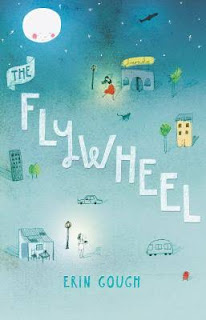 Get to know the author