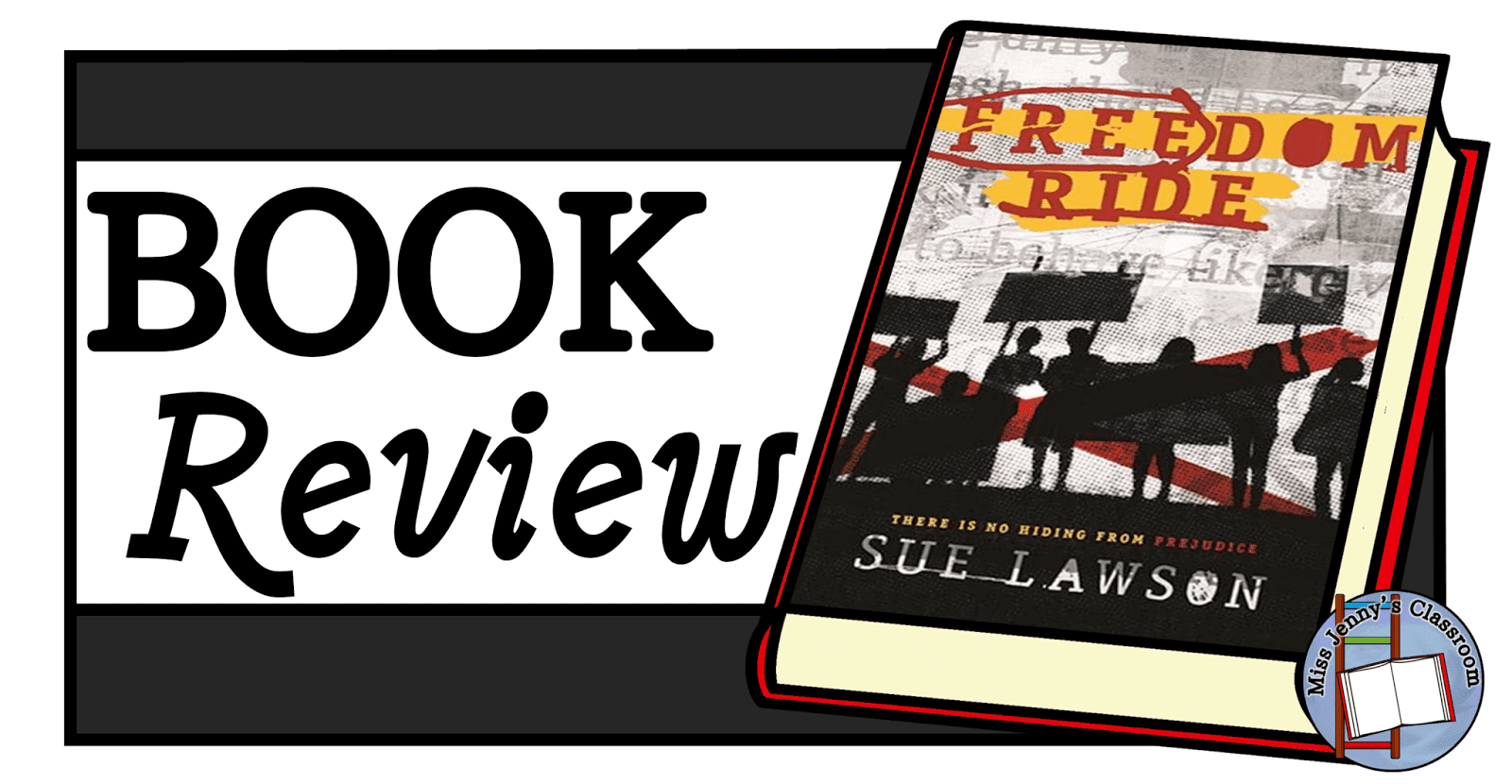 Robbie does as he's told. He doesn't argue...much...just goes with what is easiest. Then Robbie meets Barry who is full of new ideas and ways of looking at the world and the people in it. But what happens when Robbie's own family don't agree?

What's it about?
Robbie lives with his dad and nan  - he doesn't like either of them much. He is 14 and lives his life being told what to think, feel and do for the most part by his family. When he takes a summer job working for Barry Gregory, the local caravan park owner, he begins to see how other families behave, to see different attitudes, and to see new perspectives.

Embrace
The characters are all well developed in this book. Robbie is a likeable character even though he is weak, never stands up for himself and just goes with the flow. His journey in this book is linked in with the Freedom Riders in subtle ways. The story does miss a beat, the pace is excellent and the plot has been well thought out and executed.

Beware
This book contains slang words that were commonly used in the 60s to describe aborigines.

My Thoughts...Use It
Where do I start with my thoughts about this book? If I taught high school I would be getting in a complete class set to use as a novel study. Yes, I think this is one of the best novels I have read in a while and one that will play on my thoughts for another while. I have never read anything by Sue Lawson before and I'll be honest and say that if I saw this book on a shelf I would not have read it. The cover to me isn't appealing and I initially thought of the Freedom Riders of America (having not realised a version occurred out here as well) and the blurb didn't catch my attention at all. Glad it was nominated for Book Week 2016 otherwise I would never have read it!

Above I made mention of the slang words used but I do want to be clear - they are necessary for the book. If the author has written this book being all politically correct then it would flounder and die a sad death. The words used were common at the time and I know this because growing up I remember all too well hearing them used by extended family members in much the same way Nan uses them in the book. Don't be a snowflake; accept the words are needed to tell the story because they are part of our history.

In terms of character development this book is a fine example of what to do. I was invested in these characters as I read it. Robbie starts off as weak as anything and has no opinion about anything - this is because he has never needed to have his own opinion. There is tremendous growth of his thinking and attitude in the book and this is reflected through what he sees and experiences. He is not the only character though that has been painted clearly: Barry, Mrs Gregory, Mickey, Ian, Billy and Keith are all easy to picture in your mind. Perhaps of that lot it is Billy who still intrigues me at the end. Billy who over the course of the book experiences the same confusion as Robbie as to his own opinion and what to do (as shown when he stops Ian from continuing to beat Robbie) is still going down that path when it ends. Nan, as many other reviewers have pointed out, is not a very nice person but she is a reflection of the time. This was how a lot of women behaved in the 60s. Nan is a widow living with her son and grandson - she is, for the most part, the head of the family and not to be crossed.

I've read some reviews who comment that the actual Freedom Ride takes up only a small portion at the end of the book which is true. However, I will disagree that because of that point it doesn't reflect the issue because it does. Without the journey of monotonous tasks (like cleaning the bathrooms and mowing the lawns at the caravan park) you wouldn't get the point Barry is making as Mickey does the same work. Also the back story is necessary to show how come Robbie changes his opinion and why he finds his own voice to speak. If the book had solely focused on the Riders coming to town to protest the reader would have wondered why this boy's opinion was so different and possibly just branded him a do-gooder. The backstory is needed to show that this is not just about a Freedom Ride for the rights of Aborigines but also about how a boy becomes a man by finding his own freedom in his thoughts and actions.

The writing style of this book is what really moves it along. I didn't skip a word. I can see how it would really appeal to both boys and girls - particularly though whose literacy skills are not as good as they should be. I remember that while I was reading it thoughts of S.E. Hinton's The Outsiders came to mind on several occasions but admittedly I feel this book is better.

So many possibilities to use this text in history, ethics and literacy lessons. I will do a post with links to some resources to get you started!