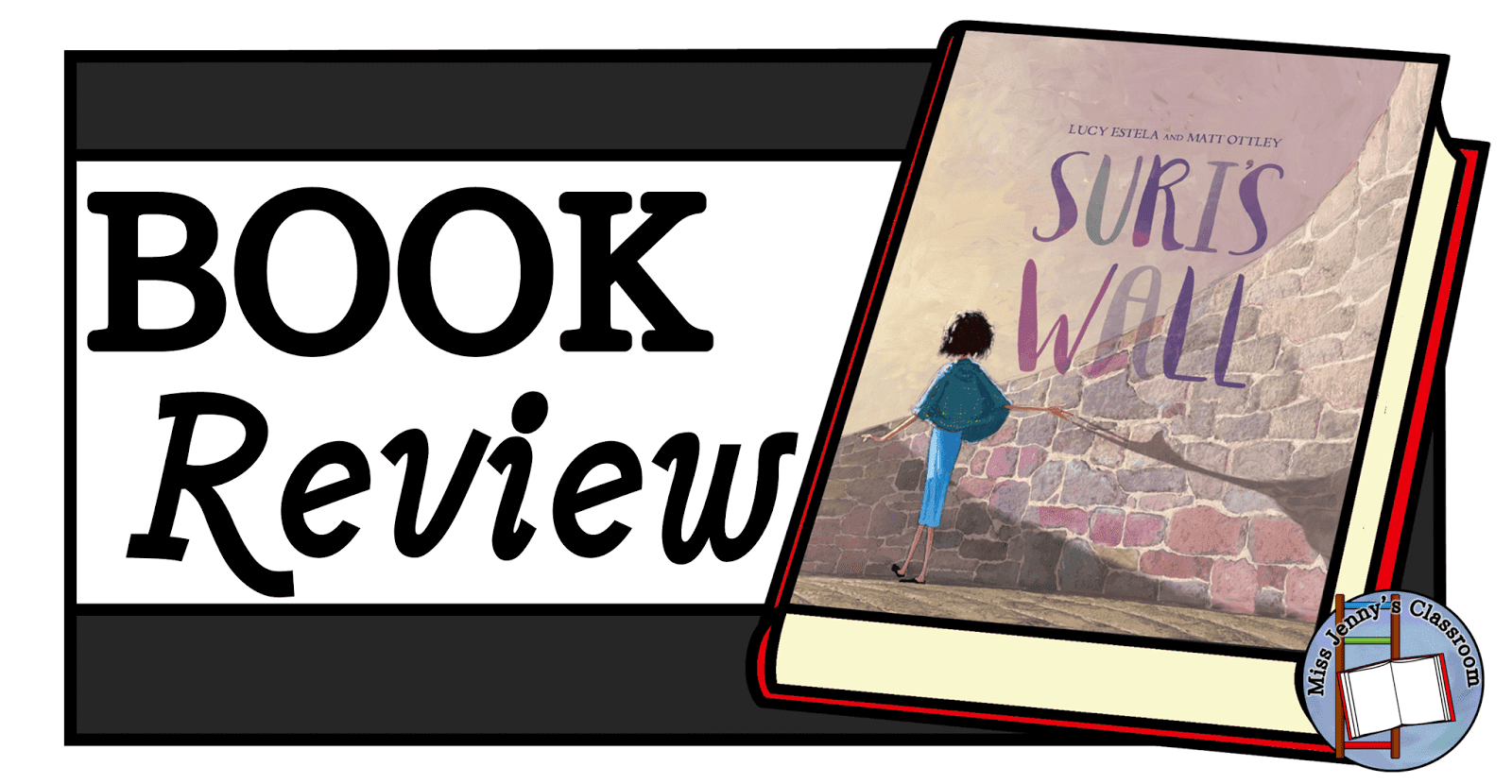 A wall that hides what's on the other side because the children are too short...until one day Suri can see over the wall and must decide whether to tell the others...

What's it about?
This story is about a group of children who live behind a wall - separated from the rest of the world outside. Suri is different from the other children as she is so much taller than they are. She plays alone, sleeps alone...and then one day she can see exactly what is over the wall. When the other children begin to ask what is over the wall she tells them beautiful descriptions - which are far from the reality of what is actually there.
Embrace
The story is told in short paragraphs on each page which does help to keep the pace of the story moving. I also like the illustration style which is moody and not overly happy with bright colours.

Beware
Disconnection. I'll try and explain it better below but at times the story just doesn't 'work'.

My Thoughts...Consider It
I was intrigued by this book because of the current issue of detention centres, which according to the author, was part inspiration for this story. The story is nice...yes, nice...she gives hope to the other children about the world beyond the wall. She gives them hope about a better life...but as the guard says towards the end of the book - they will find out the truth one day. This is perhaps one of the issues I have with the book.

I get that children in situations like this need hope but to me this book is walking a fine line between giving hope...and straight out lying. And I struggled to connect to the story...as you're probably realising with my comments. For instance, let's look at Suri...

I don't know how old Suri is - the pictures are inconclusive and she could be 7 or she could be 12 - because of her height it is ambiguous. There is little told about who Suri is - appearance is superficial - for children to connect we need more! Who are her parents? Where are they? Why is she behind the wall? 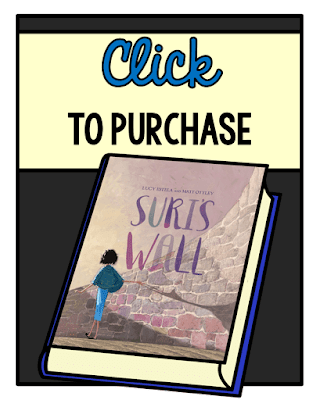 Of course then there is the time placement. At the beginning of the book I sensed it being modern...by the middle I was back in the 30s/40s...and then the ships are pictured and I think "Spanish Armada" - huh? To me that completely destroys the concept - I don't get it.

When everything is gone...the guard is still there...sorry, but it just doesn't make sense. If the town is destroyed the life behind the wall would be too - Where would supplies come from? Why were they untouched?

Which brings me to - what is the point of the story? To tell pretty stories to others? To give hope? To become a convincing liar?

I've marked this book as grade 3-6 because in terms of the questions above it can be used to create a lot of thought and debate about who they are and why. The descriptive passages likewise are great pieces to be used for activities on scene building in a story and to have students practise writing their own. The book does have a lot of potential but to me, it missing the mark; it is disconnected.