Learning English as a Second Language 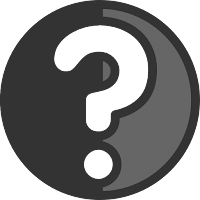 This post has been prompted after I have read articles and comments from teachers regarding the best way to teach students learning English as a Second Language (ESL) also known as, English as Foreign Language (EFL) in some countries. For the purposes of this discussion I will be using the Australian term, ESL.

Firstly, I should state my background about this. I am hopeless at learning second languages. I have a fairly strong grip on English as my first language but while I did well learning Japanese when I was in primary school (grade 6 and 7) and into high school (grade 8) I did not retain much at all. I feel this is probably due to a couple of important factors.


1. In grade 8 we basically were taught exactly what we had learnt in grade 6 and 7 and it did become a little boring (even though I had an exceptionally good high school Japanese teacher).

2. I had no one to practise with. Yes, I could speak Japanese in the Japanese class at a very basic level. At home no one could help me with pronunciation, grammar, etc. and having a a 90 minute class once a week was hardly helpful in acquiring a new language.

3. Much of the instruction was Japanese-only. My brain tells me I need to know what that means in English and if I can't clarify to get my head around it - I don't bother learning.

Over the years I have tried to self-teach myself a second language and the result is this...

That's my experience in trying to learn a second language. I love languages. I love how they sound. I just haven't be able to acquire a second one.

Now, let's look at the other side of the coin.

I began working in schools when I was barely 17 years old, so that was a long time ago. I have worked in primary schools (grade R/F - 7) and high schools ( grade 8 - 12). My early roles in high schools were as a school support officer. Basically I worked in the classroom to assist students with...
Now, I found the first three fairly easy as I could communicate with those students and we always reached an understanding. The fourth was frustrating and here's an example.

Example 1
I worked at a high school and was asked to support a new student from the Philippines.
Let me start by saying that even I would struggle trying to answer the lesson's topic "What does it mean to be an Australian?" and I am an Australian. This student though - I think it meant nothing to him as he didn't consider himself Australian as he was identifying with his native birthplace.

I could not communicate at all with him. He was given no bilingual dictionary to assist (and none were available at the local libraries). Basically I spent weeks trying to help this student and got greeted mainly with a confusion "I don't get it look".
Conclusion: Trying to assist a student with no English language skills is next to impossible without first language support. Not only that but better modifications should have been made by all his teachers so that he wasn't set up to fail.

Example 2
I taught a girl who had moved to Australia with her family from China. She began school in Reception (also called Foundation in Australia) - about 5 years of age. Her family spoke no English and neither did she.

Her reception teacher spoke Mandarin fluently - having been born in China herself. The student flourished that year and was allowed to converse in Mandarin with her teacher during breaks or to ask about work. She picked up English quickly in the phonics-based classes along with all the English speaking students.

I taught her over the next two years. She was smart and was awarded numerous times for her high academic achievement.

Was this because I was a fantastic teacher? I would like to take credit but a lot goes back to the support she had in Reception by the teacher. Her teacher had...
Conclusion: She is now much older (about to head off to high school) and completely bi-lingual.  This is especially handy as her parents have only learnt basic phrases in English.

She has two older brothers who attended the same school. Both were placed with teachers who spoke English only. Neither would allow the bi-lingual teacher to assist with any teaching materials claiming they would "soon learn" the language. The outcome for the boys is not as great. Both boys have dropped out of high school. They both have basic English language speaking skills though the speech is very "broken English". Neither made lasting friendships, especially with the primary to secondary transition.

So what's my point because you know I wouldn't be writing this if I didn't have one
People will probably have strong feelings about being in agreement, or disagreement, with me but this is my opinion based on my experiences and watching many, many similar students in both school settings.


Using one's first language is important. I have heard many teachers advocate in my own country for the "immersion" type classes where only English is permitted - no matter what. To me this is counter-productive. You want the student to feel comfortable and you want them to know that there is nothing wrong with speaking their first language. In fact, as a society we need more fluent bi-lingual speakers and if we, as teachers, constantly quash a student's first language what are we telling them? Their language isn't important? Their culture isn't important?

There is so much that can be learnt by having bi-lingual students in a class but we can't expect them to suddenly learn English overnight. Teachers are all accountable for student learning and we simply can't just wait until students learn English by just hearing it everyday - yes it will help but they need to understand the language not just repeat phrases. That understanding comes through making connections with their first language about meaning and context.

Should students be encouraged to use English?
Yes, I don't think you would find any teacher who would say no. It is how an ESL student will become familiar with the sound and rhythm of English speech.

Should we ban the first language?
No. Their languages is valid and we should use it to our advantage and encourage the expression in their own language as well as in English. One does not exclude the other; they can co-exist.

I'm a teacher. My student speaks a different language. There are no resources available that I can quickly access in their first language or bilingual. What do I do?
I feel this is where many teachers quickly think banning the first language is a good idea. They feel inadequate and frustrated trying to help a student who can't understand them and they can't understand.

The second part of the problem is good resources to support ESL learners. Finding materials in their native language is often difficult and expensive. Trying to find materials that are bilingual is often even more difficult.

I suggest reaching out to someone who can help. Often in the community there are bi-lingual citizens who would be happy to help.

Otherwise, contact someone like me. I work with a team of highly skilled translators and can have what you need to get your started in less than a week. Did you know that I already have resources in Japanese, Russian, Ukrainian, Dutch, German, Spanish and Norwegian. Those resources have been created mainly because of teacher requests. I have a list of resources still to work on but every time a new language is added it means it is accessible to even more teachers and students.
Posted by Miss Jenny at 03:56:00
Share:
Labels: additional needs all grades ESL / ELL staff
loading..