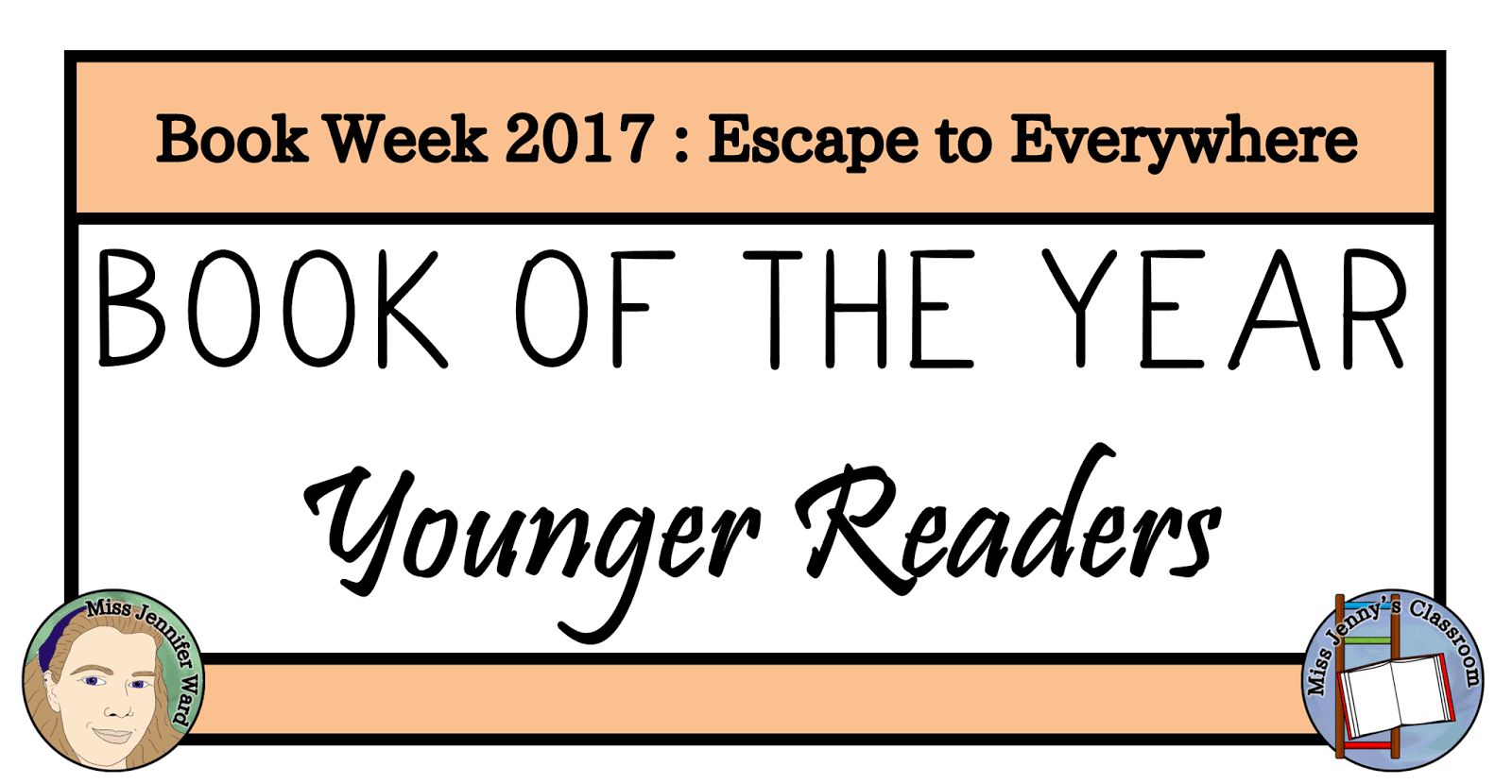 Here is the round-up of books that appear on the Book Week 2017 Short List for Book of the Year: Younger Readers category.

An odd sort of collection for this category with a range of topics explored - Wendy Orr is the only author I am familiar with so I am looking forward to reading works from the other authors.

Please note: quite a few of these books are new to me so I have taken the summaries from other sources until I can get hold of the books.

Join Clancy and Uncle Egg on a rambling, rockhopping adventure in Gariwerd (the Grampians), to find the source of the Glenelg River. A story about following your flow, and the unexpected places you may go.

Within These Walls
Author: Robyn Bavati

'Whatever is coming, we'll face it together, as a family. As long as we're together, we'll be okay.' For Miri and her family, life in Warsaw is full of simple joys. The smell of freshly baked challah, the pink flowers that bloom in their courtyard, the promise of summer holidays, and Fridays when everyone comes together to celebrate Shabbat. But the Nazis have a hold on Europe, and have stepped up their discrimination and attacks on Jews. How can Miri's family stay together, when the invading Nazis come to destroy them? Miri's world closes in on her, as she and her family are forced into the ghetto, where they must try to survive, against impossible odds.

Magical machines, wizards, witches, mysterious underworlds, a race against time - and two most magical girls. Annabel Grey has been brought up to be a very proper Victorian young lady. But being 'proper' isn't always easy - especially when you can sometimes see marvellous (as well as terrifying) things in puddles. But parlour tricks such as these are nothing compared to the world that Annabel is about to enter...After the rather sudden departure of her mother, Annabel is sent to live with her aunts. They claim to be Shoreditch witches, and from a very old family line of them too. They're keen to introduce Annabel to their world of transformation, potions and flying broomsticks (which seem to have strong personalities of their own) but are horrified when Annabel announces not only does she not know any magic, young ladies shouldn't believe in such things. But before Annabel has time to decide whether she does or not, she is swept into an urgent quest. The trees of Highgate have been whispering to Kitty - an extraordinary urchin of a girl, who Annabel's aunts seem very fond of - and so have the fairies. They talk of a terrible, dark magic that wants to devour all of London. And of a most magical girl who might be able to stop it ...This sparkling and enchanting story is sure to bewitch you, so curl up in front of the fire, and prepare to be swept away...

There are two ways of looking at Aissa's story. She's the miracle girl who escaped the raiders. Or she's the cursed child who called the Bull King's ship to the island. The firstborn daughter of a priestess is cast out as a baby, and after raiders kill her adopted family, she is abandoned at the gates of the Great Hall, anonymous and mute. Called No-Name, the cursed child, she is raised a slave, and not until she is twelve does she learn her name is Aissa: the dragonfly. Now every year the Bull King takes a tribute from the island: two thirteen-year-old children to brave the bloody bull dances in his royal court. None have ever returned - but for Aissa it is the only escape. Aissa is resilient, resourceful, and fast - but to survive the bull ring, she will have to learn the mystery of her true nature.

Marnie Clark of Curdie Vale can ride but she doesn't have a horse. She dreams of owning one and having the whole world to ride it in. Before too long Marnie is gifted Mrs Margaret 'Maggie' Whitlam, a beautiful, big Clydesdale - bold, fearless and able to jump anything. From the very first ride, Marnie and Maggie get more adventure than they bargained for. Soon Marnie is learning to negotiate newfound friendships, pony club and how to stand up for what she believes in. Will her friendship with George Costa, another outsider, make being accepted harder? Or will being true to yourself be the hardest decision Marnie makes?

Jimmy Cook has discovered that he has quite a lot in common with the explorer Captain James Cook. No doubt they were related. So when he finds out that Captain Cook met with a sticky end in Hawaii, he's determined to travel to the island to finish what he started. His parents aren't so interested but luckily Jimmy's favourite brand of cereal is running a competition. First prize: a Hawaiian Holiday. Jimmy is going to have to eat a lot of full-fibre Wheetblocks to enter, but big dreams come with a big price. And no price is too big when it comes to Captain James Cook especially if it means beating the world's most annoying person, Alice Toolie.
Posted by Miss Jenny at 03:18:00
Share:
Labels: Book Week 2017, grade 1, grade 2, grade 3, grade 4, grade 5, grade 6, grade 7, Younger Readers
loading..