But I'm Using Them! The Battle of Marker Usage 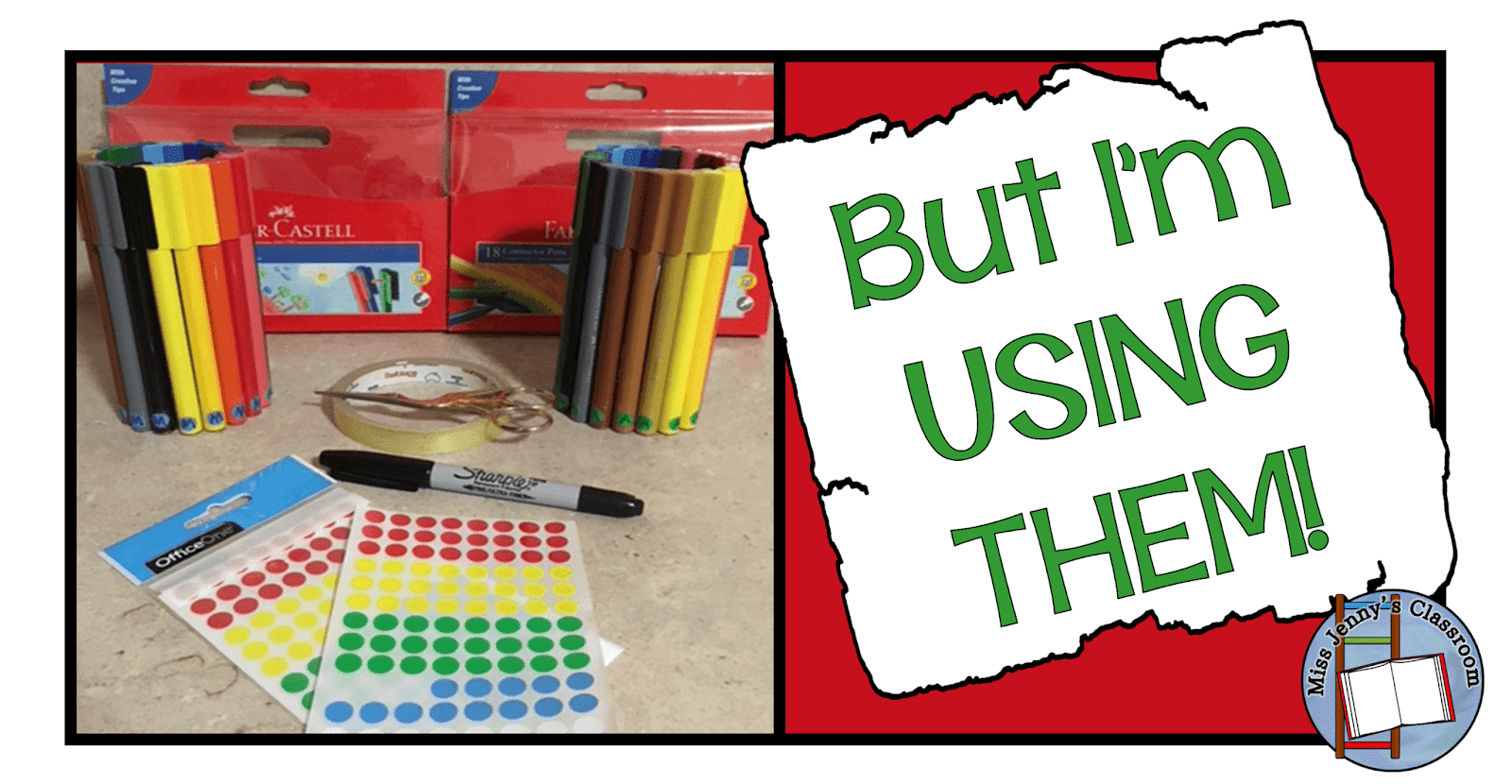 It's the battle of control over the markers...There's only one thing left to do...Find a solution fast!

Anyone who has more than one child at home would be familiar with that wonderful feeling you have watching your child be creative. Drawing away...and then it happens...there's one blue...they both want  need it at the same time...and the battle is on! It usually plays out with lots of whiny tones of "But I'm using it" or "I saw it first" or "It's mine". Occasionally, my two even get physical with a bit of shoving which of course leads to tears and running noses and more things you need to deal with. 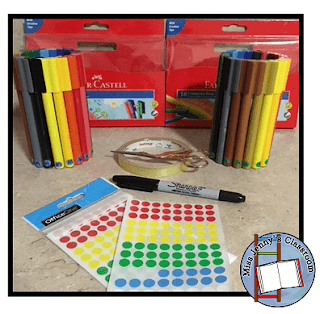 Strangely enough though, I don't have a sharing issue with pencils but I think it's because we have an oversupply - so there's always another red, orange, yellow...pencil available. Markers on the other hand I knew would be another issue altogether.

You see, I don't like markers. I really don't like markers. Ask any former student of mine and they will tell you I am not a fan of markers. Why? Because ultimately some kid will always draw somewhere you don't want them too. My kids however go a taste of markers when we were recently at the local shopping marketplace and they asked if they could have a set each.

Reluctantly...very reluctantly...I agree. We purchased a larger set of Faber-Castell markers - they were only $1 more then the smaller set but almost twice the colours. Once home I then had the problem of how was I going to ensure I wouldn't have to put up with "The Battle".

This is what I used: 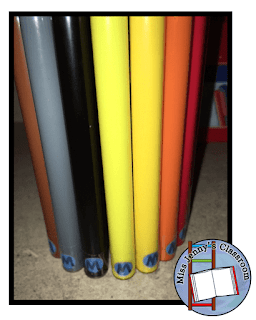 First thing I did was choose a colour and wrote an 'A' on a whole heap of them for my son. We've been working hard on the alphabet using the Alphabet Sound Mazes and a few other things I must write about! Anyway, the point is both my kids know the first letter of their name!

These little dots stuck very well but my daughter likes to peel off stickers so I wrapped a small amount of sticky tape around the marker to cover the dot.

I then repeated the process with a different colour and using the letter 'M' to make my daughter's set.


But did it work? That's the important thing!

Okay, did it work? Yes, it has. Both kids picked up pretty quickly which markers were theirs and if there is any confusion instead of the whining I'll hear: "That's mine it's got an M/A on it".

For the most part they've been responsible. We did have a day of drawing on the wall a bit but a quick swipe over it with a baby wipe got rid of it and thus began a new mantra whenever they want to use the markers: "We only draw on paper."

Overall, it was a relatively quick way to show ownership of the markers but just adapting what most parents already do for their school-aged children's supplies.


Do you have any handy tips for stopping "The Battle" at your place?